WHAT IS NASCA MATRIC

NASCA stands for National Senior Certificate for Adult. It is the new Adult Matric offered by the Department of Higher Education and Training and quality assured by Umalusi.

NASCA is at NQF Level 4 and is obtained by passing four subjects with a minimum pass of 50%. Mathematics and one language are compulsory subjects.

Get Your Free Copy

NASCA stands for National Senior Certificate for Adults. You can obtain a NASCA certificate by passing at least four subjects with a minimum of 50%. The four subjects include two (2) compulsory subjects which are: pure mathematics or quantitative literacy (similar to maths literacy) and a language subject as well as two other subjects of choice from the list of NASCA subjects.

It is offered by the Department of Higher Education and Training (DHET) and exams are written in public ABET centres as well as private registered colleges. The first rollout of NASCA will be in June 2022 and the first exams written in June 2023.
NASCA is registered as a 120-credit qualification. Four subjects are required for certification, having equal weighting of 30 credits each.

How long does it take to obtain a NASCA certificate?

There are no minimum entrance requirements for the NASCA. Any student who does not have matric and is 18 years and older automatically qualifies to register for NASCA. This means anyone can enrol for NASCA if they want to do it.

However, in order to cope with the studies and avoid frustrations like failure, difficulty etc, the following minimum prior learning is recommended:

It is good news that no entry requirements are needed, however note that students will not just pass it with no effort at all. The studies are designed to challenge students and require that they prepare, study, practice before they sit for the final exams.
After all, remember this is a National Senior Certificate, so expect it to challenge you. But the good part is that you need only four subjects to obtain the qualification.
The demands of the subjects will require the following from students:

How to obtain NASCA-Structure of the Qualification

The qualification is obtained by passing four (4) subjects under NASCA with a minimum pass mark of 50% on each subject. Subjects offered and conditions on choosing your subjects.

The following are the conditions on subject choice:

o NASCA requires that you do two compulsory subjects which are Mathematics (Maths Core) or Quantitative Literacy (Mathematical Literacy) as well as one language of choice.

NB: Students are allowed to do more than the minimum requirement of four subjects depending on your career path and university requirements. These will be included in your certificate. 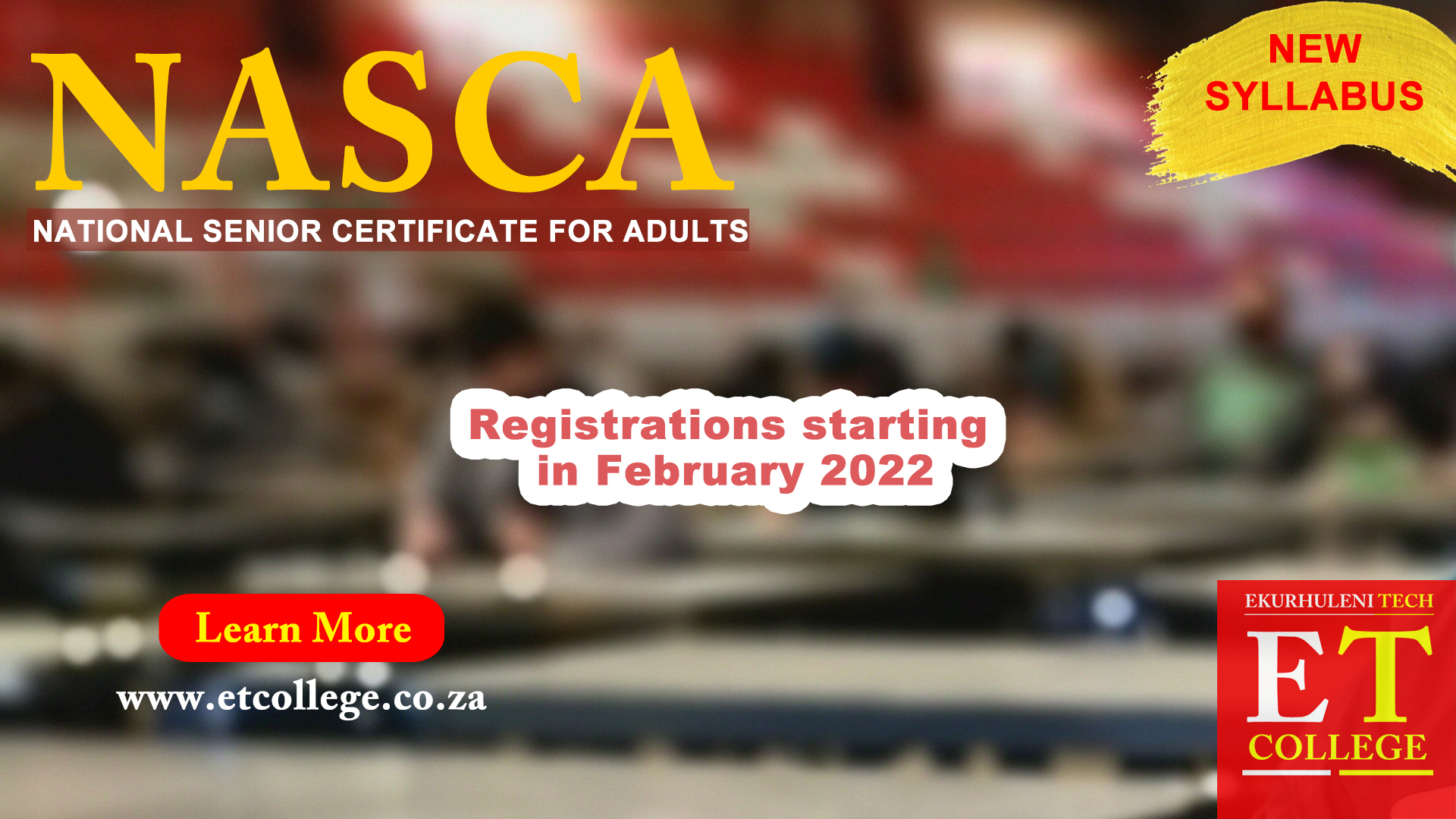